In the Shadow of Kennedy Space Center 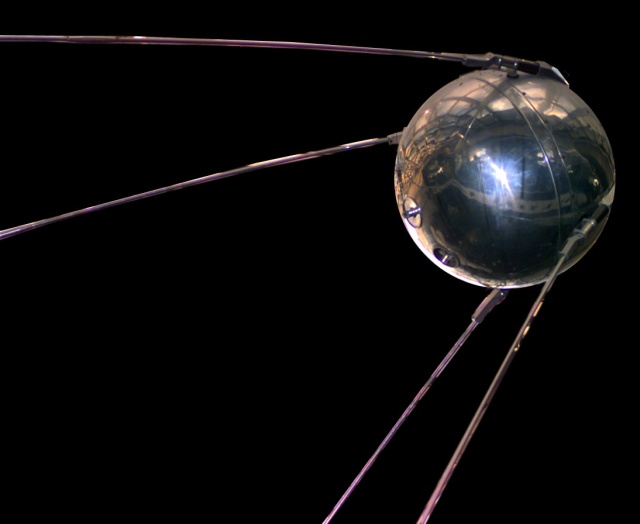 Was this what I was watching as a child?

Living the Myth at Cape Canaveral

As a child, I would lay in the grass watching for Sputnik to cross the horizon. I wanted to know who was in that shiny little dot in the sky.  I also remember watching astronauts walk on the moon, and then, trying to explain it to an African in Sierra Leone.  They did not believe me! 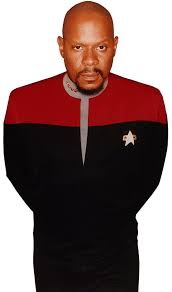 Here is Benjamin Sisko who starred in “Deep Space Nine.”  Borrowed from the net.

I admit it.  I am a recovering Trekkie!  Glued to the TV, I watched many of the Star Trek franchises and read extensively in Science Fiction when I was younger.  Do you remember:  James T. Kirk (a role model), Jean-Luc Picard, Kathryn Janeway, and one of my favorites, Benjamin Sisko? Now we are living that space and star dream in Florida in the shadow of the Kennedy Space Center!

We are not alone!  The myth of space penetrates businesses everywhere along the Space Coast.  Here is a short list of some of the astral names people use: 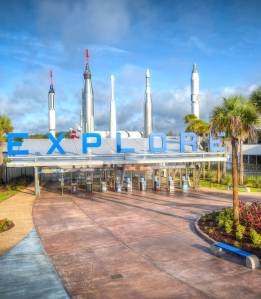 This is it!!! Kennedy Space Center.  Borrowed from the Net.

Last spring, we were standing in our neighbor’s driveway (at night) when we heard this tremendous sound and then shaking below us.  We looked East and saw a ball of fire take off from Canaveral.  It seemed as if it was a scene from “Dr. Strangelove,” and the atom bomb had just exploded.  We had no idea that launches could be so powerful and visually compelling.

Our friends, Igor and the Red Elvises, perform regularly in clubs around the Space Center.  The fans love his rocket tunes.  Here is one for you!  “I am a Rocket Man.” Just click here:  HERE

Tom wanted to see a SpaceX launch — up close. 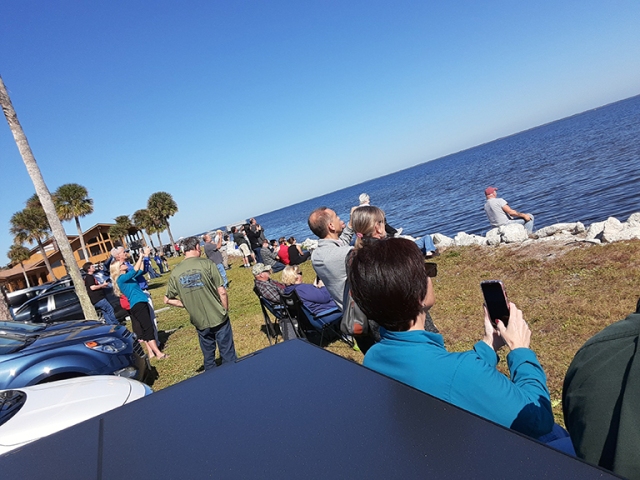 The first launch was during the day.

The first day of the planned launch was cancelled at the last minute.  On December 5 it was rescheduled again for around 12:30 P.M.  Crowds were gathering at the water’s edge.  People were parked on the grass with lawn chairs by their sides.  There was an air of excitement.  We were all smiling! 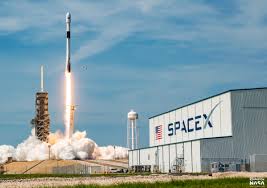 Borrowed from the Net.

As we anticipated the launch, I was struck by how orderly, polite, and diverse the crowd was.  Finally, we saw a flash of light as SpaceX launched a Falcon 9 rocket headed for the Space Station.  The rocket seemed so small compared with others we have seen while staying in Melbourne years ago.  As it reached toward the Space Station the sound was deafening.  Billowing dark clouds of exhaust from the rocket at Cape Canaveral revealed millions of flying birds who had been shocked or displaced by the rocket launch.  What a sight! 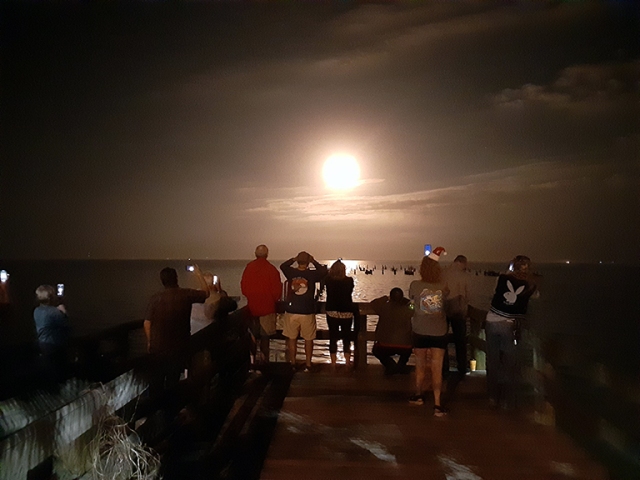 My favorite photo so far! A second launch of a SpaceX rocket!

All of us were looking up.  No one moved.  Within a couple of minutes, we lost sight of the rocket.  But people were still looking up.

I think we wanted another rocket to launch or maybe we were just worshipping the technology that sent that piece of steel into space.

Maybe we wanted to be in that rocket?  Some left right after the launch, but others stayed and kept staring at the sky as we departed for lunch at Dogs R Us.

It was a sacred moment.

Several photos were taken from the Net.