From Tom’s Dashboard. Tooling Around in Milan, Italy! 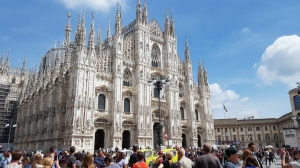 Milan Cathedral or the Duomo dominated the square. How awesome!

Having visited many countries over the years, Marla and I have recently cut down on international travel. Airport security hassles and smaller seats on airplanes have made that an easy choice. I returned to Milano only because I was offered a chance to teach a short course on my “Seven Point Plan for Mastitis Control” with a panel of friends who are international experts. 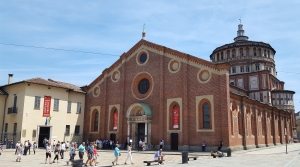 In addition to the National Mastitis Council meeting, I played tourist in Milano and Lake Como for three days. With a hotel in the city center, it was easy to explore the churches, historical buildings, shops and cafes. Milano, like most European cities offers an easy to use matrix of subways, buses, trams and trains. The metro stop for my hotel was interestingly called Misouri (spelled correctly).

In Milano, there are churches every 100 meters as I discovered on my walking tours. After visiting many churches, temples, mosques… with Marla the past 36 years, the need to visit these sites seems to be in my DNA. The Duomo is the highlight, but the architecture of the collection of churches was diverse and interesting. 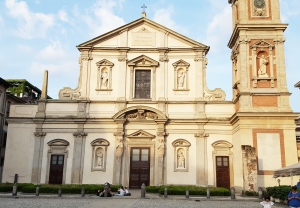 Churches not readily apparent on the tourist map were pointed out by my friend of 25 years Paolo Brambilla, over a nice dinner conversation. Milano also offers a castle, parks, some remnants of the city wall, and upscale shopping at the Gallery Victor Emmanuel and Montenapoleone. 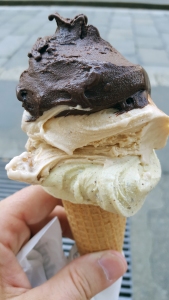 To keep your batteries charged up there are no shortage of coffee shops, pizzerias and gelaterias. The expresso and pizza were as expected, but the gelato exceeded expectations: dark chocolate + hazelnut + pistachio anyone? 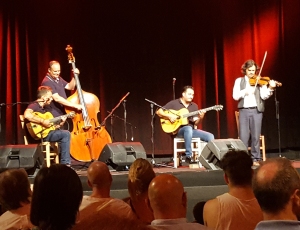 Can music get any better!

My musical interests led me to a Django Reinhart Festival at Spirit de Milano, an interesting old factory converted to an event space. I arrived around 6:30 PM to observe a master class on gypsy jazz and jam sessions (Listen to the link.) This was followed by a concert with three three groups playing variations of Django inspired music. The performances started around 9:30 PM and were going strong at midnight. The demographics of the crowd got younger and louder as the evening progressed and there were 50 people waiting to enter the event when I departed.

Lake Como and the wealthy!

I also enjoyed an excursion to the Lake Como and a boat tour. The scenic lake in the foothills of the Alps is ringed by villas owned by the rich and famous. George Clooney purchased one of the smaller villas a few years ago for $80 million. 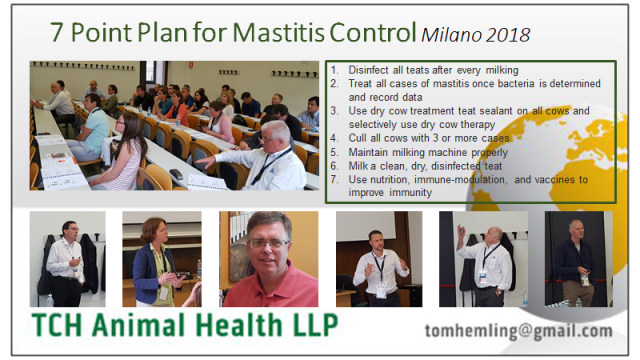 This is Tom’s creation!! 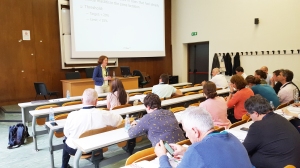 Sometimes they used three screens just like the rock stars use in the main auditorium.

Oh yes, the excuse for the trip! I also attended the NMC conference which was a major success for the organizers, with a collection of 650 experts from 39 countries. I enjoyed conversations with many of my international friends. Our 3.5 hour short course lasted 5 hours and everyone stayed to hear our plan for reducing antibiotic usage while maintaining animal health and milk quality (We need good milk for gelato and that wonderful Italian cheese). 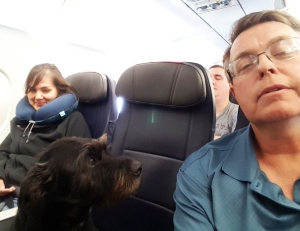 Friend in the air!

Even though air travel is a hassle, sometimes you make new friends!

As always this post is copyrighted by Marla J. Selvidge

This entry was posted in Uncategorized. Bookmark the permalink.