Remembering the Veterans of the Vietnam War at the Truman Library

No Songs were Sung in this War

Here is the lecturer. He was a “journalist” for the military in Vietnam in 1970.

Yesterday we attended a lecture by Doug Bradley at the Truman Library on the topic of music and Vietnam, “We Gotta Get Out of This place!”

Before the lecture we toured the library again. The exhibits are stellar and change often. We stopped by a replica of Harry Truman’s oval office. It seemed pretty drab to me after visiting Clinton’s, Eisenhower’s, and Carter’s offices. There were scores of ashtrays on his desk and the walls were filled with paintings of war heroes and bi-planes. The carpet was a drab green.

This was Truman’s office. Where are the sofas?

The library reminded us of Truman’s decision to drop the bomb on Japan and the horrid mess that Europe and the U.S.A. was left with after the war. It seemed as if our country was excellent at fighting wars but not so good at helping soldiers back to a normal life.

We were prepared for an entertaining lecture about music during the days of the Vietnam War (1954-1975). What we heard were heart-wrenching stories about military personnel who survived or did not survive and the music they cherished.  Most of the tunes were vaguely familiar to me but never on my playlist. Many songs were hard rock.

My best remembrance of Vietnam was when all deferments were taken away. Many boys in my college classes were torn away from their studies and never returned. So many thousand soldiers were killed that the war decimated males in my age-bracket. There were the Kent State shootings in the news,  and the “I’m fixin’ to die rag,” that everyone sang.

Well, come on all of you, big strong men,
Uncle Sam needs your help again.
He’s got himself in a terrible jam
Way down yonder in Vietnam
So put down your books and pick up a gun,
We’re gonna have a whole lotta fun.

And it’s one, two, three,
What are we fighting for ?
Don’t ask me, I don’t give a damn,
Next stop is Vietnam;
And it’s five, six, seven,
Open up the pearly gates,
Well there ain’t no time to wonder why,
Whoopee! we’re all gonna die.

LBJ convinced Congress to surcharge all of us 10% of our wages to fund the war. (What a mistake!) It was a horrible time to live because you just did not know what was going to happen to you or your relatives. And I had two brothers.  (Over 200,000 people from the US were killed and about 1.4 million locals in Cambodia and Vietnam.)

And while I lived through the Vietnam War, I tried to ignore it. Protests were going on all over the place but not on my campus. I always wondered how those other college-age students had time or money to go to the music fests and protests. I was working three part-time jobs during the school year and two full-time jobs in the summer to pay for my education. I was afraid that I would never make it through college.  I was afraid for my future.

Back then, there were no loans for students. If you wanted to become a teacher, you could borrow a few dollars. I had been offered a full-ride with a work-study job at Michigan State University, but I turned it down in favor of a small liberal arts college. My dad thought I was “nuts.” Maybe I was. I was a strong 17 year old that wanted to make her own decisions so I chose against the advice of my wise father.

The lecturer brought tears to our eyes as he told the stories of both male and female soldiers. The music they loved was inconsequential to their own experiences. We were surprised at the stories of females. Sister Sergeant works in Racine, Wisconsin now. Her parents wanted her to become a nun but she ran off to discover Vietnam and survived. Then she became a nun.  She counsels Vietnam Vets today. 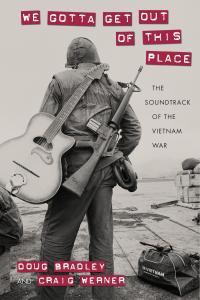 Then there was the story of soldier who lost his legs. He was so handsome sitting in his wheelchair and he had made a life for himself. Years later, suffering from Post Traumatic Stress, he committed suicide. You can read about many, many people in the book We Gotta’ Get Out of This Place.  The title of the book was taken from a tune by the Animals by the same name.  Here are a few lyrics!

And so we remember the brave people we call Veterans on November 11.   No words can capture or describe their service. We are safe because they gave up all hopes of being safe.

Wish we could call them up and tell them how much we appreciate them!!

Did we really use these phones?

Some day I may tell you the story about my cousin, now 72, who survived Vietnam, Agent Orange,  and the blinding daily images of his tour when he returned to an America that despised his sacrifices.