The Clinton Library was Stunning!

The sign was simple. No statues. No guard dogs. No fanfare!

The last stop in Arkansas may have been the cherry on top of the milkshake.  We visited the William J. Clinton Library in Little Rock, Arkansas.  Haunting Presidential libraries including Eisenhower, Carter, and Truman’s, and more, is a great weekend adventure.  We usually think we know about the accomplishments of the Presidents, but we soon learn (always), that we had forgotten more than we had remembered.

The Clinton library is stunningly beautiful. Its architecture is sleek and modern, unlike something that might originate in Hope, Arkansas. It’s inspiration comes from Trinity College in Dublin, Ireland. Of course there are big screen TV’s, but not as big we have today. Remember this was about 16 years ago when plans for this structure took shape. 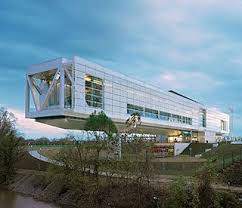 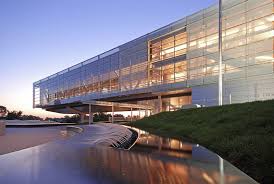 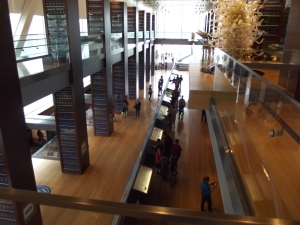 Inside the Clinton Spaceship Library

It was very inspirational!  Like Elvis, whom Bill adored, this place wanted everyone to feel great after visiting it (or with Elvis, experiencing a concert).  We were not invited to worship the President but, instead, to look at all the wonderful people in the world with whom he had engaged.  His mission was to make life better for those who might be disadvantaged in some way. (Of course, this is PR, but we liked it!) 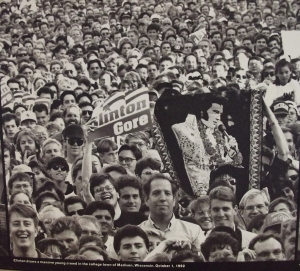 They even included pics of Elvis in the museum! Bill’s and Elvis’s past were similar.

Centerstage throughout the museum was Hillary.  She is right by his side in everything that he accomplished.  This place was not about machismo but egalitarianism!!  It was almost a shock!  We are so used to the constant song of male superiority!

I did not know that Bill could play so well!

Is this the next President of the United States?

Tom named our new American Eskimo canine, Hillary.  I guess the jig is up on our politics.  On the one hand, I want the USA to finally elect a woman as president.  On the other hand, I know that there will be almost violent resistance to allowing a woman to govern.  (I have seen it happen many times in the academy and felt it myself for over twenty years.) Obama has suffered numerous racial and personal blows–but he is still standing.  Hillary is still standing too! Should we have hope?

Here is Hillary once again. She is our President!

Highlights of the museum included clips of the Clintons making fun of themselves, their policies, and their politics.  Hillary turns to page 12,000 in the new Health Reform Bill to discover that it says “we are all going to die.”  What a shock!  and so funny! 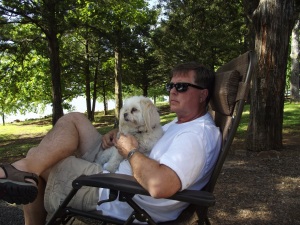 Our last campsite was at Dardanelle Lake in Arkansas.  It was peaceful, clean, and we parked right at the water’s edge.  We wished we had more time to enjoy it!  Tom took the photo below as the sun set on the Nuclear Power Plant across the pond.  It made us a little edgy to see that smoke rising up out of the tower. 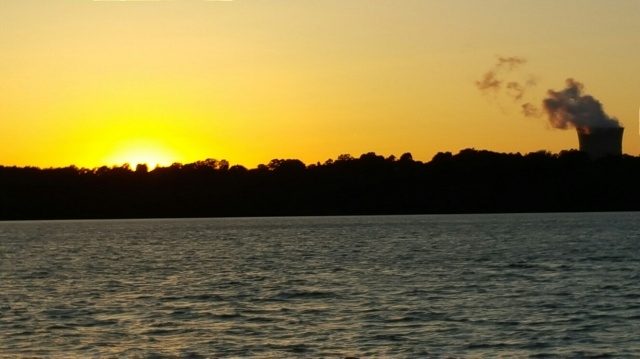 Ending a road trip is a very sad thing! It means you have to come home to cleaning the house, mowing the lawn, paying bills that are not online, taking care of the canines –well–you know what I mean!

We will be traveling again in June, August (Alaska), September (Wisconsin), December (St. Croix) and we will keep you posted.  Thanks for taking the time to catch up with us!

1 Response to The Clinton Library was Stunning!